Any rumour of my demise has been somewhat premature. A long hiatus, I know, since my previous post here. Life has a way of operating on its own schedule.

Even pre-pandemic, retirement was pretty much a full time job: making room for travel and family time, keeping up the other two blogs, finishing my satire novel, coaching my fitness class, reading tons of fiction, a tiny garden plot getting attention in there somewhere, and let’s not forget the Senior’s bugbear of ever more time-consuming health concerns that blossom and bloom of their own volition ... procedures is becoming a nasty word.

Never mind. And yes, sometimes working on family histories. Which leads me to announce that I have been a member of The Ontario Genealogical Society (“Ontario Ancestors”) for fifty ~ 50 ~ years. I’m that aged. In my head, of course, I am still fifty-three years old—that was a good year―when I’d been able to adapt to drastic lifestyle changes and The Emigrant Ancestors of a Lieutenant-Governor of Ontario was a new book.

This could go one of two ways. Either I stop now or dish out some self-indulgent memoir moments (TL;DR?).

Back in 1971, after my first trip to the British Isles spurred an interest in my Scottish roots, was when I found OGS in a Toronto church basement ... the Toronto Branch, to be precise. Once a month Libby and George Hancocks would haul boxes of books and magazines to the meeting. George was then editor of Canadian Genealogist and Libby was probably the only professional genealogist in the province. Both became generous mentors in my research and writing growth as I became aware of the potential market that seeks Ontario ancestors. My own ancestors spent relatively little time in this province on their way from east to west. 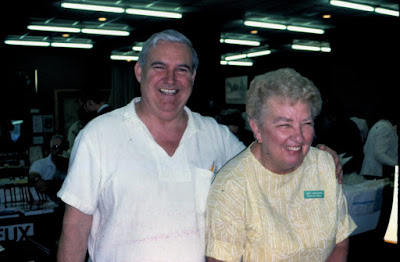 The Archives of Ontario (AO) became my primary research destination. Staff at 77 Grenville Street were suspicious curious about genealogists but Libby had paved the way for respect. At one point some years later both Brian Gilchrist and I applied, but failed, to be hired by AO as their new genealogy reference person; we were outclassed by archivist Sandra Guillaume who then became a friend. Nonetheless, I’d set myself to work on the standards espoused by the Board for Certification of Genealogists (BCG). No challenge quite as satisfying as competing with yourself! That journey peaked more than forty years later with the honoured designation of Certified Genealogist® Emeritus.

In 1981 I attended the USA’s National Genealogical Society (NGS) very first “national conference in the states” in Atlanta, Georgia. At least one lasting friendship was a result, as I apparently played cupid for George Russell, then editor of the influential NGSQ, and his future wife Donna. That trip also provided the first opportunity to meet professional colleagues I’d only corresponded with.

Sure, I was involved with OGS doings, much of it history now. I was in over my head with the former unwieldy Church Records Inventory Project (eventually replaced by Branches handling Places of Worship) so I bowed out, guiltily promising in exchange to write a book about Ontario research. Voilà Genealogy in Ontario: Searching the Records (GIO). Later in the 1990s, the Manuscript Advisory Committee was active when OGS was in full publishing mode (on Orchard View Boulevard). Still have the T-shirt—Kath, Ruth, Jeff―Clifford of course made them purple!

On the road for conferences and speaking engagements and meetings was one of the best parts. San Francisco, Boston, Red Deer, Cincinnati, Quebec City, Detroit, Burnaby, and so many in between, north and south. The two meccas, of course: Salt Lake City and Fort Wayne. It was at the Michigan border crossing that I learned ever-after to say merely I’m going to a conference; stating that I will be a guest speaker raised all kinds of red (and green card) flags, requiring a frantic phone call to the American host. It was in Saskatoon, a weekend of giving presentations, that we all went crazy as the Blue Jays won the World Series. It was in Savannah, Georgia, after BCG meetings, waking to find the outside world shrouded in their notoriously soupy, spooky fog—appropriate atmosphere for visiting the Garden of Good and Evil, aka Bonaventure Cemetery. It was

in Nevada on “The loneliest road in America” that I met a family historian behind the counter of a trading post who lo and behold, whipped out her copy of GIO for an autograph☺.

Plenty of road and conference stories ...

▪ When speaker accommodations for the Manitoba GS at a community college included shared bathrooms. To our mutual alarm surprise when he popped his head around the door, my “share partner” was David E. Gardner, then the distinguished guru of English genealogy.

▪ When we choked with David Rencher at an American Society of Genealogists (ASG) dinner in Salt Lake City as he presented emotional findings in his own family history for the first time.

▪ When the entertainment offered by the Société de généalogie de Québec was a hilarious band of dancing nuns.

▪ When the speaker’s motel accommodation in Rochester turned out to be a lockup holding tank for the sherriff’s prisoners.

▪ When the/a Canadian Federation was still a brave dream on a mountain top in Kamloops, 1993. After founding the Ontario Chapter of the Association of Professional Genealogists (APG), it was good to bring so many talents together for common causes, with in-person meetings at first—enthusiastic, lively meetings―where the National Institute for Genealogical Studies was born. One thing always leads to another. Those were busy busy days with keen, creative fellow genies.

▪ When the esteemed editor of the UK’s Family Tree Magazine performed a very competent and entertaining chicken dance at the after-party.

▪ When Milton Rubincam came to the Seminar in Kingston.

▪ When the Seminar hotel had a bar with line dancing; I wasn’t the only one doing the Locomotive every night—you know who you are!

▪ When Gavin Watt, as Chief Herald of Canada, encouraged everyone to apply for a personal coat of arms. Oops, never got to the top of my bucket list!

▪ When I persuaded Donald Whyte to come from Scotland to keynote our Seminar in Guelph.

▪ When Helen Leary donned and doffed her wonderful hats.

▪ When my luncheon talk in Alliston was New Age Vital Statistics: Marrying, Divorcing, and Murdering Your Relatives.

▪ When driving a carload of genies to the Waterloo banquet site, all of us at top decibel belting out Roy Orbison’s newest album.

Some of my special treasures: 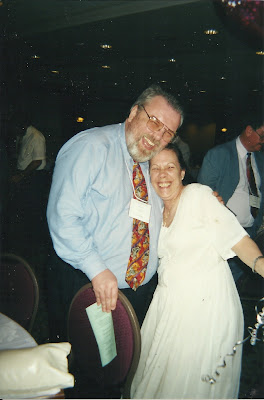 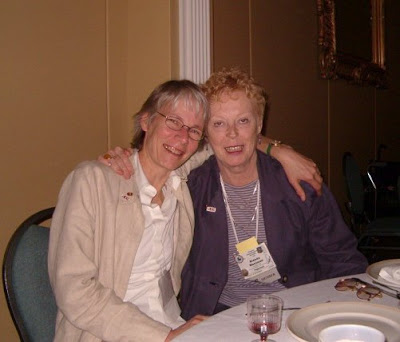 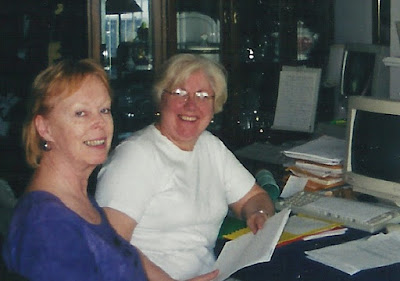 Well, what’s the point? Remembering all that energy? No doubt I’m not the only OGS member to reach the milestone of fifty years’ membership, but it’s been a helluva good trip. Treasured friendships. May all you youngsters out there rock on, building your own memories in the spirit of togetherness. And find some mischief along the way.

Great to read about earlier days at the Society.

I for one am glad that you were around to do things like writing Genealogy in Ontario. I have owned every issue of it and have touted it as the Bible of genealogical research in Ontario at many a conference or event. Hope to see you in person again next year.

Ah yes, the short-lived CANFED -- I remember our excitement and enthusiasm at the thought of a Canadian equivalent of the FFHS.

My copies of GIO and GSE (Genealogical Standards of Evidence) have survived several downsizings of my personal library! Congratulations on your 50th, Brenda!