Human nature will out. In a small community, it’s hard to hide anything from the neighbours!


John McLachlan vc Ian vc Dhoil being asked if he would own the Child fathered upon him by Margaret McNeil vc Dhoil said he would not and said he was ready to depose that he had no guilt with her. But it being suggested by some of the members of session that Mary McEachan vcLachlan Ian was present to them lying in bed together and the young woman being put upon oath declared that this young man & the said Margaret and herself being Lodged in a ____ hutt She went to bed befor any of them. Soon thereafter this young man went to bed. And that some time after the Sd Margaret went to bed but she could not observe her lying with the Said John. Meanwhile the young man owns that he lay with this Margaret once & again for want of bedcloaths but Disowns guilt with her.

Angus McRory mhoir being required to declare what he heard this Margaret say in relation to this affair says that upon John McLachlan’s Challenging the Said Margaret for fathering her Child upon him, She said that he needed not think shame of owning her Child and that if he would own the Child she would give him no more Trouble.

However on any occasion one Nick Corair spouse to John McWilliam vc Rory having declared upon oath befor the Session that Early in the morning she Surprized the Sd John & Sd Margaret in bed together Stript to their Shirt No soul being in the Hutt but them. The Sd John confessed his guilt & owned the Child And Hector McLeane of Knock becoming baill for the Sd John’s submitting to discipline & paying fines and Lachlan McLeane of Toraston becoming baill for Sd Margaret submitting to censure & paying her fine The Child was Baptized.

“Fathered upon him” is an interesting turn of phrase, resonating in our liberated century as a moral judgment pre-weighted against the woman. What, I wonder, is the difference between submitting to discipline and submitting to censure? If there is a difference? At least the elders used the word “guilt” instead of “criminal connection” which appears at times.

Since the parish register does not begin until 1776, there is no way to confirm the name of the child or potential marriage(s) of the two parties. Notice that no place names (residence) are mentioned. A fast sweep of the 1776 Coll List of Inhabitants—in an admittedly forlorn hope—I thought I might catch a John McLachlan with or without a wife Margaret McNeil. If they were in their teens or twenties at the time of their indiscretion, they could be well-worn into their fifties or sixties by 1776. They might be widowed, or living in the home of a child with a different surname.

The lone John McLachlane of the List
Posted by BDM at 20:29 2 comments: 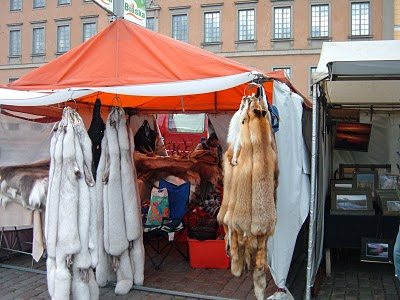 As I study the minutes of the elders’ meetings, it strikes me how much the events could affect a family’s genealogy, attributing the true parents to children ... in particular, the instances of out-of-wedlock children. Whether this immorality was more prevalent in rather isolated, small communities, or rampant across Scotland in general, I can’t say. On Coll, those children were baptized when the transgressing couple paid their fines. I’ve yet to see an ensuing marriage mentioned in the minutes. A diligent researcher would compare dates in the kirk session minutes with parish register baptisms and marriages in hope of corroborating a family group.[1]


At Arileod the Kirk Session of Coll met, Compeared Mary McFaden daughter of Lachlan MacFaden Tenant at Grimsary, Declared herself to be with child to Allan son of Hugh MacFaden Tenant also at Grimsary. She acknowledged that the first lapse took place about the beginning of September 1832 and that there were guilt between them repeatedly after that. The afore said Allan MacFaden did not appear. The Kirk Session delayed doing any thing farther in the mean time and ordered Allan MacFaden to be Summoned for Sunday first.


Compeared Allan MacFaden acknowledged to have had guilt with Mary MacFaden Several times but as he would not own to be the Father of the child unless the said Mary MacFaden would make oath that he was the father of it, the Session was of oppinion that her oath should be taken which was done accordingly.

I find no marriage recorded in the parish for Allan McFadyen to Mary McFadyen after their second offense, nor indeed Allan to anyone else from 1821 to 1855. However, their daughter Isabel McFaden was baptized 15 July 1833, no date of birth given, the parents both residing at Grimsary (first offense, as above). Their son Donald McFayden was born in June 1835 and baptized 10 January 1838, the father at Grimsary, the mother, or perhaps the baptism, at Loanban (second offense, as previous post).

One of the genealogical points is that if either of the parents married later, depending on who raised the two children, those kids may be attributed wrongly to the current spouse. Another point is the importance of noting place names. On Coll at this time, the “places” were little more than a cluster of cottages for farm crofters and workers. That’s not to say that folk wouldn’t move from one place to another as necessity arose.

As a tenant at Grimsary, an Allan McFadyen fathered two children with Janet McLean: Jean born 19 September 1843 and Lachlan born 28 April 1845. Was Allan married to Janet or was he a serial offender for population explosion? Was there more than one Allan McFadyen at Grimsary? The parish register shows no marriage for Allan McFadyen to Janet McLean, and none for his erstwhile lover Mary McFadyen at Grimsary from 1835 onward. If Mary McFadyen moved to a different farm or community, she might be one of three Marys who married in Clabbach (1840) or Arinagour (1840 and 1852).

We know that many marriages and baptisms are missing from the parish registers. The main reason was probably whether the minister was on the island or not; historically, his parish included the Isle of Tiree as well and he had to spend time there too. So we can’t necessarily trust the absence of records to mean that events didn't occur. For Coll children born in the late eighteenth and early nineteenth century, we can seldom confirm family composition with the use of the 1851 census when all household members are named. Sometimes the emigration of families, and their subsequent death/burial records, or marriages of their children, or other sources, if available, assist in the difficult process of identifying parental relationships.

However, children born in the 1830s and 1840s could show up in 1851 if they lived that long. There is an Allan McFadyen age 37 at Grimsary, Coll, with a wife Janet age 35; the head of household is Hugh McFadyen ... seemingly Allan’s father as above.[2] Allan does not have Isabel and Donald with him. The children are Flora 11, Jam 7, Lachlan 6, John 4, Mary Ann 2. Jam could well be an erroneous transcription for Jean (digital images are presently not shown on Ancestry). Baptisms for John and Mary Ann with these parents are missing.

It looks like Allan made an honest woman of Janet, but where did Flora come from?! Allan McFaden at Grimsary had a child Flora born 8 November 1839, baptized 1841, whose mother was Mary McLean at Arivorich. Flora age 11 in the census almost fits the age of this child. Did Allan take his and Mary McLean’s daughter into his household, or did the minister record Mary instead of Janet at the 1841 baptism?

From Part 1:
While I can find no marriage at all on Coll for a John McArthur 1821-1855, a daughter Mary was born to him and Mary McDonald in May 1835 and baptized 10 January 1838. Possibly this was the same John McArthur (the only one in the parish records of this period) who had children with Effy Kennedy at Grimsary in 1837 and 1838, at Gortan in 1840, and Arnabost in 1843 and 1845. John is described as a weaver in all the entries with Effy; while he sounds like a fairly established man, a marriage to Effy is missing.

Superficial searches like this merely emphasize the need for thorough study of original sources.

[1] Please note: the parish marriages and baptisms in this case were consulted from the transcriptions on Isle of Coll Genealogy
Posted by BDM at 21:15 9 comments:

Kirk Session records of the Church of Scotland throw illuminating glimpses into the lives of ordinary folk, as seen from the Presbyterian torch held high. Fines for immorality were collected by the Elders of the Kirk Session (or their appointees) and were redistributed to the needy of the parish. Immorality encompassed religious violations from not attending the Sunday sermon to illegitimate children. The system seemed to work well, notwithstanding cash or coin being rather uncommon items on a small island in the eighteenth century. The Isle of Coll, Inner Hebrides, Argyllshire, is the small island in question.

The Kirk Session records for Coll exist for a few years in the 1730s; after an unfortunate gap of more than a generation, they continue from 1776 onward. Physical life in an almost-subsistence community was difficult by our standards, and spiritual life could be stern. But these were—on the whole—hardy, energetic, good-humoured people.

First, let’s look at some typical samples of transgressions. 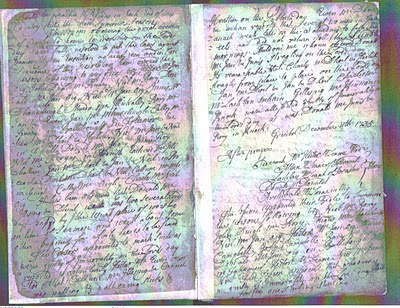 
The Censors appointed to mark such as were guilty of Immorality ... Hector McEwen reported that Callum McIllespig vc Cannel was pulling & gathering Heather on the Sabbath day. Ewen McDhor vc Echan reported that several women in Gallanach went late on the Saturdays to fish for eels and did not return untill the Sunday mornings. Muldoni McGhoun observed Donald McIan vc Innes stragling on the Lord’s day. It’s remarkable that Charly McDhoil vc Terlach stragles from place to place on the Lord’s day.


Samuel McLean boat carpenter having left his own house on the Lord’s day & gone for Loch [a___n] for timber, was called by the Session for such an atrocious breach of the Sabbath, & did compear, he being asked his reasons for thus overlooking both Divine & human institutions, answered most impiously & impertinently that he did not consider himself as guilty of the smallest crime. The Session having explained to him the public [utility?] & blessing of the Sabbath to mankind & the nature of his sin, proposed to him either to pay a penalty or do public penance, whichever of which he would comply, but instead of this [______] language to the Session, upon which they wrote to some of the Members of the Presbytery relative to it, to which they claimed answers desiring us assist on his submission, otherwise put him under the lesser excommunication. Upon which he was summoned again & told his doom if he persisted on his refractoriness. The Session finding him pay no regard to their admonitions, & consider himself as not bound to submit to the laws of their society, do unanimously resolve henceforth to deny him all Christian privileges whatever, untill becoming sensible of his error he submits to the laws of the Church.

Next time ... More samples and genealogical implications.
Posted by BDM at 21:34 No comments: