As usual, with great skill and stealth I am manipulating both Julie's prompts and my succinct half-witted comments.

Is Blood Thicker Than Water? (Prompt 62)
Julie teased with an image from the UK's NHS "Be a Blood Donor" poster here in the UK: blood doesn't grow on trees. Family or friends: what matters? Who comes first?

Good one. I belong to the school of You Can Choose Your friends but You're Stuck with Your Family ... (so make the best of it). Not that I have any complaints about my exceptionally beautiful, talented, highly intelligent, and harmonious family. "Coming first" implies a choice between family or friends? I can't think of an example. Like, if they both want to borrow money at the same time? If they both lie wounded on the street, whom would I rescue first? Or, if a friend and a family member were at loggerheads and you had to take sides? Ouch. Guys, let's talk!!

From your childhood can you recall your next door neighbours? 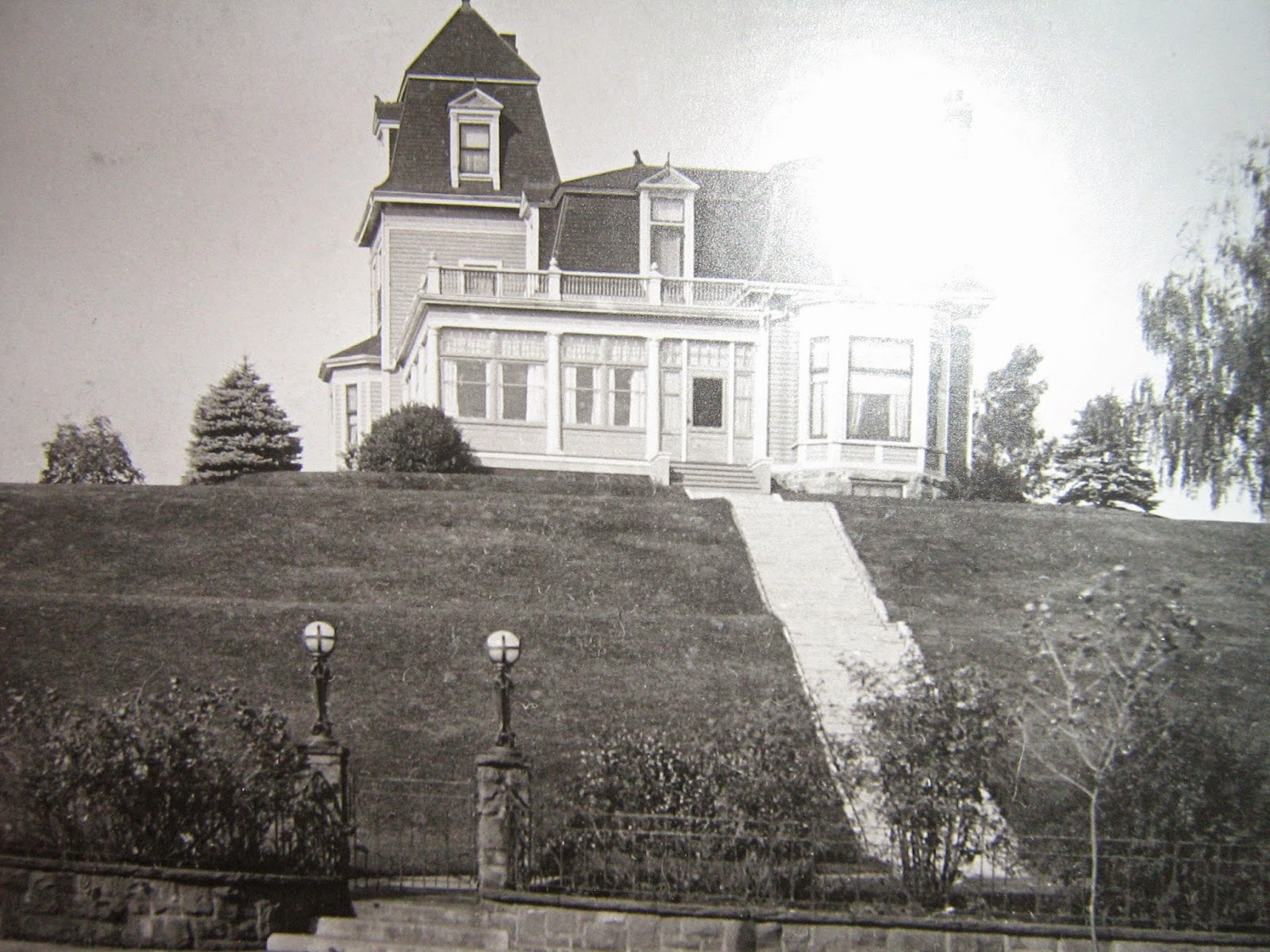 Judge McComber on one side and the Emersons on the other. This could be our house or Mr. Emerson's house, debate ongoing; the two were very similar in style except ours was red brick. Our houses were on a hill on North Court Street, Port Arthur. (Did I say somewhere else that Mr. Emerson kept chickens in his large back yard? He did. Weird-seeming to us then). I've no idea if there was a Mrs. Emerson but there were no kids.
All I remember about the Judge was he died and I, a small child, was taken to the "viewing" in his home. The casket was open to his waist and I thought his legs had been cut off. That's what they do when you die and get stuffed into a box. That piece of creepiness lingered way too long. Luckily, on the other side of Mr. Emerson was the Crooks family where my best friend lived. When his tongue got stuck one winter to the iron railing on our back steps, my mother poured water on him/it (disappointingly) instead of grabbing the camera.


Colleges & Universities (Prompt 65)
Did you go to college/university? What did you study? Was your studying vocational or a step on the ladder to another profession? Photos?

Did anyone notice I switched places with No. 64? It seemed a more natural progression. Undergrad, I studied my socialist friends, musical theatre, and parties. Majoring in French was ultimately (faintly) useful only when trying to buy shoes in Paris (il faut cultiver notre jardin). By the way, it doesn't work in Québec. The accent.

Post-grad, I studied mediaeval philosophy and the Yorkville club scene.

My car was constantly pilfered by junkies in the lane behind Gerrard Street where I lived; I'm sure I mentioned that before. Photos? There's a certain amount of PHOTO FAIL here. Cameras were not a common piece of equipment ... ergo, not employed in the heat of animated debate over Gilson's interpretation of de esse et essentia or rarely during random acts of Vat 69 madness. 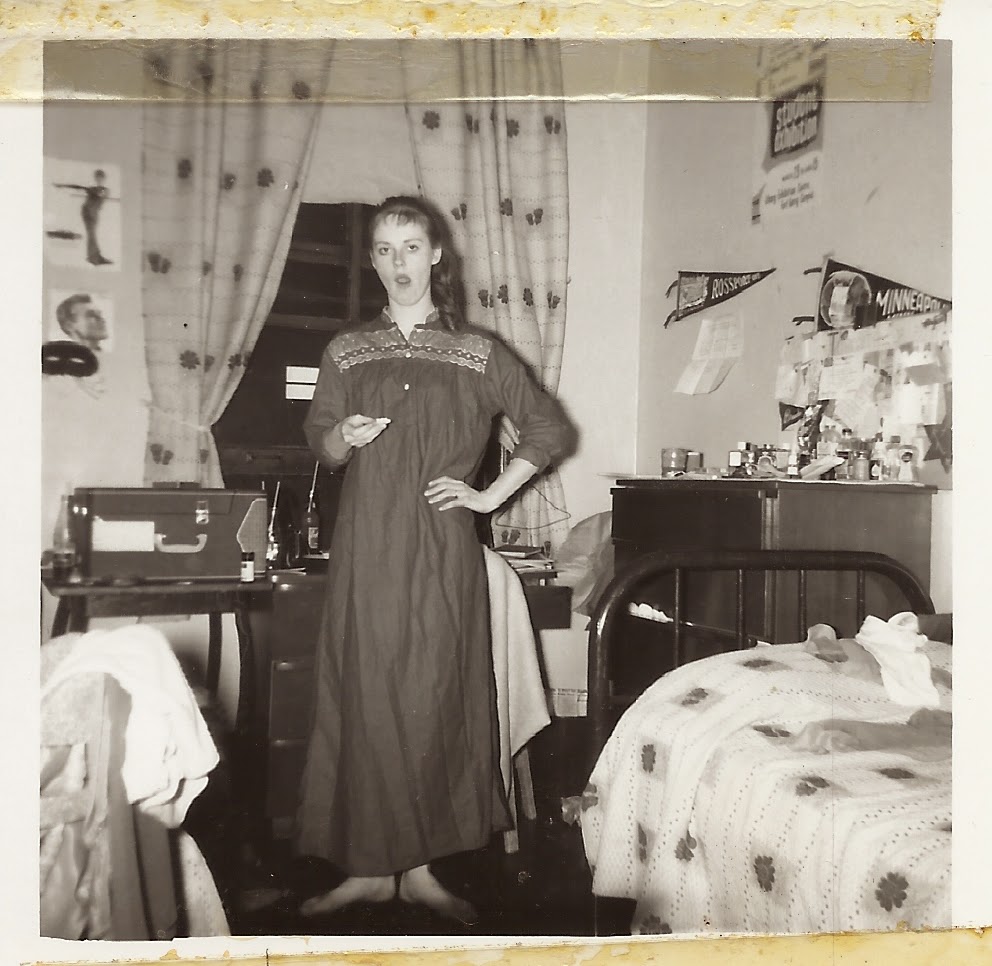 None of this tomfoolery or scholastic application was the slightest preparation at all for the career job of wifery and motherhood. But occasionally it was good ― before some of the finer points escaped me ― as a conversation dead end, for encouraging boring people to move on as quickly as possible in another direction.


Jobs & Careers (Prompt 64)
Job or career; is it the same? Did you enjoy what you did? Was it a passion or a means to an end? Did you stay at home? Or did you want to? Did you have employment hopes and dreams? Regrets?

"Stay at home" sounds so dull. 'Twas rarely thus. And even the domestic scene was fodder for the creative juices. I have mentioned before (Prompt 38), I found my inner writer. Maybe I didn't mention the magazine articles about farm life or the community newspaper my friend Judy and I founded. Somehow along the way it coalesced into a passion for family history ... research! detective work! clients! and yes, writing about it! At last, a career as a genealogist.

No regrets whatsoever. Good times, all. It just gets better and better.


Wide, wide scope here. Many people, many "things." It's too easy to say (but still true) what everyone treasures ― family, friends, health, safe living in a great country, a full life. I'd like to add enjoyment of genealogical sleuthing, and all the creative arts especially music and dance; the variety of lifelong learning is never boring. The memory collection, of course, is high on the list and just what this Book of Me encourages.
In a more literal way, I treasure mementos and photographs of my parents and their ancestors; bits of precious jewellery; pieces of art; and souvenirs of my travels. What I don't take for granted and treasure: access to the Internet and all its ramifications! 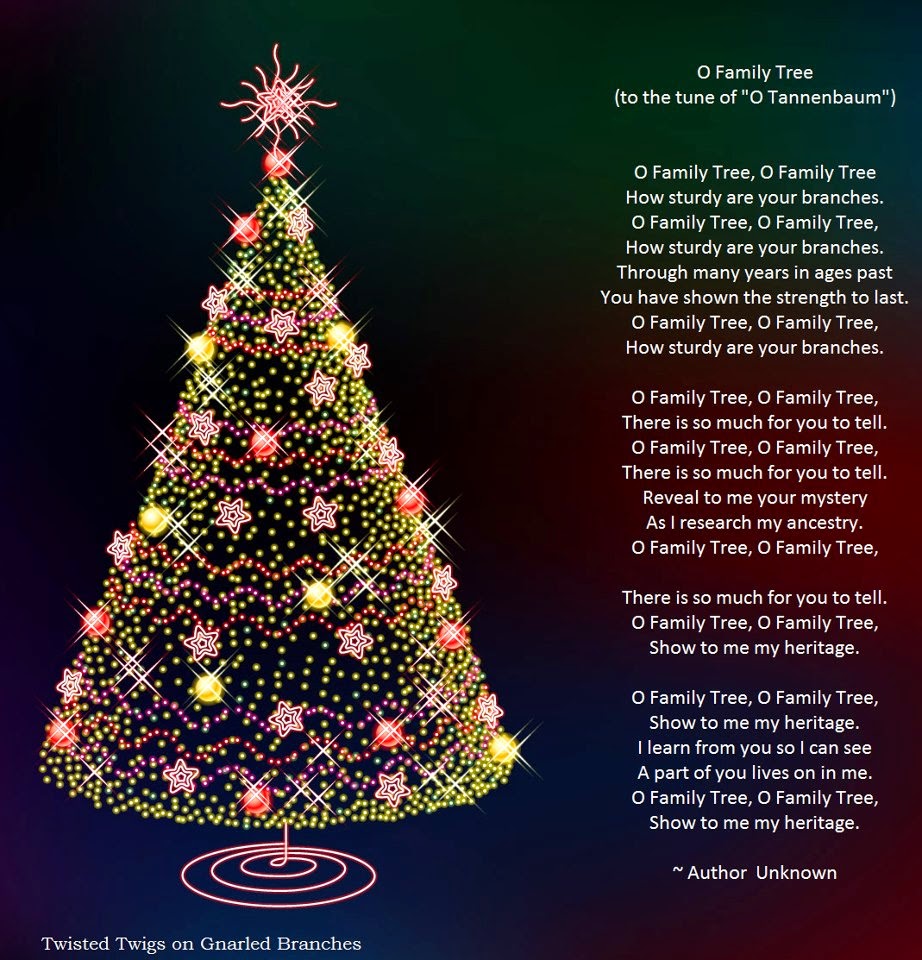 Thank you, Twisted Twigs on Gnarled Branches ... posted some time ago on Facebook.
Posted by BDM at 08:15 No comments:

Boleskine and Stratherrick Frasers: One Study

Herewith a study that demonstrates the underlying shortcomings of Scottish highland research. It's John Fraser again, my Argenteuil, Quebec, farmer. The long-term research goal has had multiple parts:
▪ find John's first marriage in Scotland to Ann (possibly Nancy) Fraser;
▪ find the baptisms of his two oldest children (Alexander, James) born to such a couple;
▪ find John's own baptism (range 1768-1776) and the names of his parents.

Research parameters included assumptions (assumptions can be dangerous, we know; but sometimes they are the only potential clues we have):
▪ that the local history saying John was a native of Inverness-shire is fairly accurate;
▪ that he was born ca.1776 (age at second marriage) OR ca.1768 (age on 1851/2 census);
▪ that his father was called Alexander or James (name of John's first and second sons);
▪ that his mother was called Elisabeth, Ann, or Mary (names of his daughters).

From Scotland's parish registers (OPRs): utter fail in anything resembling solid information, mainly because ― sad excuse ― Scottish OPRs for so many highland parishes are missing erratic years of baptisms and marriages. Great periodic chunks of nothing. The serving minister in the 1790s parish account of Boleskine and Abertarf, states:

“For what reason we cannot assign, but we do not find that there has been any regular baptismal register, kept in this parish, for many years past.”[1]


Also, kirk session minutes often only survive from the nineteenth century when we need eighteenth century and earlier! Potentially helpful are monumental inscriptions (MIs) and the Old Statistical Accounts and sometimes local histories, but other sources such as estate papers, sheriff courts, tax lists, militia rolls, and so on, are usually available only in distant regional or private collections.

Enter an unsourced reference to Boleskine, shire of Inverness, from an online "tree" (that unfortunately conflated three or four JohnFrasers of Quebec into one man). It was worth deeper investigation.


Combing the published Inverness-shire MIs produced any number of family possibilities that may ultimately be irrelevant. Parts of the surviving old stones are frequently illegible. In my case, each mention of an Alexander or a James on a stone had to be examined to see if my John Fraser would fit in their families. Example from Boleskine burial ground:


What analysis can I make of this, as applying to my John the farmer?

▪ Names: The forenames are relevant although imperfect Highland custom, since James was the name of my John's second son, and Elizabeth was the name of his first daughter. Hugh is a compatible name as a possible brother for our John who used that name for his fifth son. All three names recur in John's descendants. If this was my John's family, the loss of parents and a brother may have influenced his decision to emigrate.

▪ Place: Glindomore or Glendomore, sometimes Glendomere, has all but disappeared as a place name, but would have been a farm within the Lovat Fraser estates (one of which comprised the entire parish of Boleskine/Abertarff). The geographic location along the southeast area of Loch Ness is also known as Stratherrick.
▪ Status: In general, tacksman meant James was in charge of Glendomore land, beholden to Lord Lovat, with very likely an intermediary principal tacksman or wadsetter to whom he paid rent. In turn, a tacksman would have sub-tenants renting smaller holdings. Rent in former days largely involved agricultural produce and loyalty as a clan soldier. The complaisant system deteriorated when the English enforced draconian tax and proscription measures after “the ’45.”

James was the tacksman at Glendomore when he had the stone made ― one would guess when his wife was buried. We don’t know the year he died; there would have been a succession of tacksmen after him. The significance of "erected by" does not necessarily imply James was living when his son Hugh died in 1797. Perhaps his death shortly followed that of his wife and someone else added the inscription for Hugh. I can’t glean anything useful from neighbouring stones (the SGS publications provide a diagram of each burial ground).

▪ Dates: Since his wife was born ca.1722, James’ birth year would be similar or earlier. He could easily have had a son born in 1768 or in 1776, but what about wife Elisabeth? At the age of forty-six (1768, the earlier suggested date for my John's birth) she would definitely be nearing the end of the conventionally accepted fertility span. Bearing a child at the age of fifty-four (1776) is not impossible but unlikely. Which brings us to the dates for their son Hugh, ca.1775–1797. The same questions apply regarding mother Elisabeth. Were dates on the stone carving deciphered accurately? Was Hugh actually a grandson? Birthing two children within two years is not in dispute; it's a matter of the mother's age.

Without access to particular regional or local sources, default to the Internet produced a great find regarding Glendomore: a horse tax list in 1797 for Boleskine/Abertarf parish.[3] It shows four Fraser men at Glendomore in two separate clusters: John and Hugh Fraser (taxed for one horse and two horses respectively); Malcolm and James Fraser (two horses and one horse). Because the two groups are separated by some MacDonalds, they appear to be two different households. We don't know if the groupings are fathers and sons, or brothers, or some other family configuration. Malcolm is a problematic name, not occurring in my family.
"Date of assessment" is September 1797 which seems to eliminate this Hugh from being the man in the cemetery information unless the list had been compiled over many months. "Masters and Mistresses" seems to imply heads of, or adults, in households. One of these Fraser men would be the Glendomore tacksman because the right generally descended in one family line.[4] It would be merely a guess that John here fills that role simply because he is the first Fraser listed at the location. Could James in the second group be the erstwhile tacksman of the burial ground? Doubtful? — He would be eighty-five years old or more in 1797.

All I can say is it's possible that John in September 1797 was my ancestor who emigrated ca.1805 or that he belonged to the family of tacksman James. I can't support either hypothesis but I can't reject them altogether. There's simply not enough information or evidence for meaningful correlation. Is it a worthwhile exercise? Yes, but I am no farther ahead. Guesses, possibilities, probabilities; the spreadsheet is growing.

That's just one stone of dozens being examined. Why ever did I say my draft was ready for the big edit??