Competing with Myself for iGene Awards (and Winning)

The topic for the 114th edition of the Carnival of Genealogy is: The 5th Annual iGene Awards! It’s the brainchild of the ever-creative Jasia at CreativeGene. That means choosing your own best blog posts in five categories ... a very subjective choice. On Jasia’s website after February 1st, you will see the results—submissions from a spectrum of GeneaBloggers. It’s an opportunity to see the best of your colleagues in case you missed some goodies over the past year. This is my first time participating; it’s frankly unnerving to review one’s own opus (50 posts in 2011) to see if any make the cut. Colleagues have set a high bar in past performances. 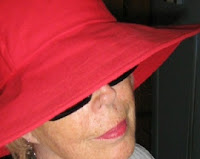 Here in downtown eighteenth-century York, spotlights are swooping, the glam is arriving, and the orchestra is tuning up. I be nervous, so I am incognito. Pass the free wine quickly (included in the outrageous ticket price). Deepest regrets from George Clooney and Kenneth Branagh who would have been here to present my awards but the yo-yo weather arbitrarily stranded them in Toronto South (otherwise known as Los Angeles).


Best Picture
What was I thinking? Not that many genea-photos last year! The photograph of great-grandfather Otto Freibergs was not lost; it was his identity that was FOUND. Here is where I sneak in a non-2011 biography of Otto. Old family photos are in limited supply, whereas more current family photos are quite abundant. Therefore special mention goes to The Big Lake They Call ...  which totally ignores any people living or dead. I promise to do better this year because I want to win again.

20 January 1867: John Dougall, my emigrant ancestor from West Calder, Midlothian, Scotland, died on this day at the age of 86. Presumably he died at his farm located at Beech Ridge, just outside St. Andrews East, Argenteuil County, Quebec, now known as St-André Est. When he was 51 years old John came to Canada with his wife and children, two years after his oldest son had arrived. He is buried at St. Andrews East Protestant Cemetery. Had he lived another six months, he would have witnessed Canadian Confederation.

25 January [Julian calendar] 1881: Otto Freibergs of Ķonēni Farm on the Marzingshof (Latvian: Mārciņmuiža) estate, Riga District, Latvia, married Ilse Indricksons of the Wattram (Latvian: Vatrāne) estate, same district, in the Lutheran church at Suntaži, same district. They lived their married life at Ķonēni; Otto carried on the family farm where his father Ansis had been located since the 1850s. Otto was able to purchase the land in 1878 after modest reforms in Latvia allowed peasants to acquire and own land. By the turn of the twentieth century, he had become a local parish official and spokesman for further reforms. Otto and Ilse had six children, of whom four lived to adulthood.

27 January 1790: Marion Hastie was born, daughter of John Hastie and Margaret Brown of Heads Farm, Whitburn, Linlithgowshire. A baptism has not been found for Marion in relevant parish registers although most of her siblings were recorded at Whitburn. Evidence for her date of birth comes from two sources I have never seen. Her husband's family bible recorded her birth but the bible passed to the family of her youngest daughter, its whereabouts unknown now. Along the way, a transcript was made of the family dates it contained. When Marion was 14 years old, she embroidered a sampler with birth dates for herself and all her siblings—they concurred with the parish register entries when available.

January 1832 Ann (“Nancy”) Fraser married blacksmith John Fraser, both of St. Andrews East, Lower Canada, at the time. Their marriage bond was executed across the river in Longeuil township, Prescott County, Upper Canada, on 5 January 1832. The bondsmen were two men called James McIntosh, one a tailor and the other addressed as “Esq.” The witness was Alexander Fraser, probably Nancy’s eldest half-brother. The marriage probably took place the same day or soon after; an actual church record eludes me. A Presbyterian Church opened in 1832 at L’Orignal, the seat of Prescott County, and could have been the venue; it seems likely a clergyman was already residing in the town. I have not been able to discover where its records are now. The church itself (and its Scottish congregation) are long gone. Nancy, of an Inverness-shire family, and John, of a Perthshire family, were two of my great-great-grandparents.

13 Jan 1869: John McFadyen married Isabella Campbell, in Provincetown, Massachusetts. Both were natives of Cape Breton, Nova Scotia: John was from River Denys, Inverness County, and Isabella was from Points West Bay in Richmond County. Provincetown was a magnet for many “Capers” who pursued a maritime livelihood. John was known at home as John Hector because he had a younger brother John, called John Jr., or John Lauchlin. According to the Barnstable Patriot in March of that year, four McFadyens (first names not given) were captains in the season's cod fishing fleet for Provincetown. The couple had two children born there, 1869 and 1871, and relocated to a Manitoba homestead by 1874. There, the births of nine more children followed. John and Isabella were two of my great-grandparents.

Loyalists: Eligibility - Grab the Certificate and Hug It

They are so intertwined—the second dependent on the first—that this scribe became uncharacteristically verbose. This post right now will continue in the near future. Smaller bites may be more palatable.

We are more than 200 years down the road from Loyalist days of hardship in new territories of unbroken land. A century after that time, the beginnings of the UELAC were founded. It was 1914 when cohesion took place “to unite together irrespective of creed or political party the descendants of those families who during the American War 1775 to 1783 sacrificed their homes in retaining their loyalty to the British Crown, and to perpetuate their spirit of loyalty to the Empire.[1] You can see the modern mission statement at http://www.uelac.org/about.php.

The UELAC is a hereditary society. It is “an organization dedicated to enriching the lives of Canadians through knowledge of the past, in particular the history of the United Empire Loyalists and their contribution to the development of Canada.”[2] The organization does provide for affiliate and associate members which is not being discussed here.[3] Regular membership requires proving your ancestor was considered a Loyalist in his day, proving your descent from him or her, and swearing an oath of allegiance to the Crown. Presenting credible evidence and proof on your application will result in a certificate attesting to your Loyalist ancestry.

The words “hereditary” and “descent” and “prove” involve genealogy ... naturally! The research tasks of proving are essentially do-it-yourself, unless you hire a professional genealogist. A UELAC branch genealogist—because you must apply through one of its branches—will give you some guidance with your application. The application itself spells out how to proceed.

Today’s world of genealogy represents accelerated research tools, accumulated wisdom, and the evolution of applicable standards. It was not the same back in the 1880s when commemorative societies were being formed, or even in 1914. Grandchildren of Loyalists were still alive, many well into the twentieth century, as was family memory. Applicants for membership merely submitted the relevant ancestor’s name (perhaps the ghost of “everyone knew” was a factor). Not until 1970 did the UELAC establish standard proof requirements and application forms.

The UELAC was not alone in struggling with this situation. Other North American hereditary societies were undergoing the same self-reflective review as time marched on and newer generations had more descendant links to prove. The societies were slow to adapt to research standards promulgated in the wider genealogical community; after all, they didn’t want to discourage new members and offend the old ones.

Even still, the society requirements and submitted evidence may be interpreted differently from branch to branch, and/or possibly rely too much on derivative and hearsay sources. The position of Dominion Genealogist oversees all branch-approved applications for final approval. The bylaws provide for an Investigating Committee, to assist him or her. In practice, it makes sense for discretionary consultation with the relatively few problematic applications that come in—the ones with a weak generational link, or an unconvincing “argument” for identity or relationship from indirect references.

It may take more time again before the UELAC trades in the shop-worn Preponderance of Evidence principle. Aka “balance of probabilities,” it is a borrowed legal term from the fledgling days of raising the critical bar in genealogical and family history studies. It is not a sufficient measure for a proof argument collating indirect evidence. Graduating to the Genealogical Proof Standard would be a progressive step for the society.[4]

The last round of Eligibility continues next time.

[1] “The Founding of the UELAC,” United Empire Loyalists’ Association of Canada, (http://www.uelac.org/UELAC-history/Founding-UELAC.php).
[2] “About the UELAC,” United Empire Loyalists’ Association of Canada, (www.uelac.org/about.php).
[3] Associate members have an abiding interest in the Loyalist period without having a Loyalist ancestor (or are in the process of researching one). Affiliate members have met the proof requirements but cannot swear allegiance to the Queen of Canada (i.e. citizens of another country).
[4] Board for Certification of Genealogists, The BCG Genealogical Standards Manual (Orem, Utah: Ancestry, Inc., 2000), 1-2. See also Merriman, Genealogical Standards of Evidence: A Guide for Family Historians (Toronto: Dundurn Press and The Ontario Genealogical Society, 2010), 38-41.


For the sake of brief entries, I am not footnoting the facts in this ongoing memorial. Sources have been noted either in other blog posts or in my family history books.

2 January 1962: Marija Jurikas Freiberg died in Port Arthur, Ontario. She was two months short of her 90th birthday when she died, and had suffered from a form of dementia in her last years. Marija had lived at Krumini farm, Limbazi parish, Latvia; St. Petersburg, Russia; New York City; and finally settled to domestic life in Canada. She was my maternal grandmother; more information was written about her here.

11 January [Julian calendar] 1798: Jurri Jurikas of Allika farm, Tori parish, Estonia, died. He had married Marri, daughter of Peet, probably of a farm known as Tohivere nor Tohera or Tehver. Research in this family grouping is incomplete (and difficult without surnames in usage---to be another story) but for the one firm date. Jurri and Marri were my 4th great-grandparents.
Posted by BDM at 21:31 2 comments: