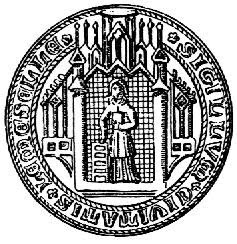 Alexander Jurikas was the eldest brother of my grandmother Marija whose story appeared here 27 November 2007. He was born at Krumini farm, Lade parish, Limbazi, Latvia about 1871, son of Janis Jurikas and Katrina Tukums. His baptism does not appear in the Limbazi-Lemsal parish register. He died about 1927, reportedly in Astrakhan in the U.S.S.R. The name of his wife is unknown.

This family was able to educate their children well, despite mother Katrina’s early widowhood. Alexander was about 18 when his father died in 1885. The four boys attended Russian-style academies. In this photo, probably dated in the early 1890s, Alexander wears a uniform of undetermined origin. 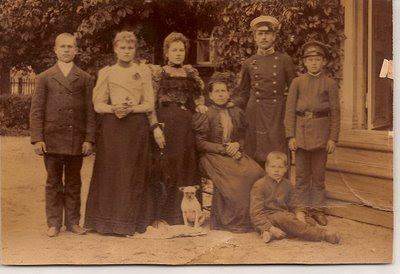 The family’s association with the Russian Orthodox Church led Alexander to become a priest. This much was known by the family. Some published biographical information was available but unfortunately the distant researcher cited only www.petergen.com, a portal which has hundreds of sources (this is still being investigated). From the Kiev Theology Academy in 1900 ‘Uncle Sasha’ went on to become a teacher and writer. In 1905 he was an inspector of classes in the city of Vladikavkas in the Osetia region of the Caucasus with the Russian version of his name as Alexander Ivanovich Jurikas. An undated encyclopaedia—poorly referenced by the same researcher—noted some of his writings:
• “The teaching of socialists about the origin of Christianity on the economical ground” (Harkov, 1904)
• “To the question of relationship between secular society and the clergy” (Harkov, 1905)
• “To the question of reformation of clerical schools” (1906)

It’s not difficult to see that Sasha was on a reform bent. Family stories say that he lost his faith in the revolutionary proceedings as they turned communist. Eventually, it was said, he gave up the priesthood to become a newspaper writer and editor in Astrakhan. It’s impossible to imagine the despair and/or circumstances that contributed to taking his own life by strychnine poisoning. Of his three children, the two sons became medical doctors. Daughter Olga became a librarian for the Leningrad Philharmonia, last known to be retired in St Petersburg in 1973. Family contact has been lost.
Photograph in family collection.
Posted by BDM at 11:25

I knew we had to have more in common than camels. We are both Russians! My are German Catholics who lived in the Volga River village of Obermonjou for over 100 years but never assimilated into becoming Russian.