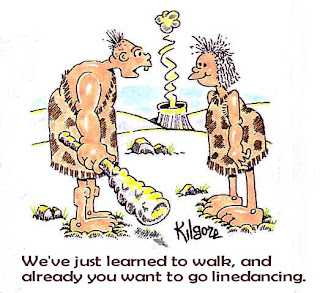 Right now my only New Year’s resolution is getting past the struggle with wording my Annual Letter. It used to be my Christmas letter until the kids left home. Now it comes out in January. Actually, last time it appeared was March ... pause ... two years ago. I have become a Biennial Letter writer. If it gets later and later, those distant friends and family will think I’m dead. The kind of dead for which reports have been greatly exaggerated (M. Twain, I believe) but that really happened to my doctor twenty years ago. Back when doctors impersonated human beings and had time to chat with you. I cried over the loss for at least an hour. Luckily his office knew it was a mistake because he was right there interrogating patients and tickling babies. Seems the deceased was a person of the same name. Fancy that. Genealogy rears its head everywhere.

Back to the struggle. If I want to say the family is thriving despite individual problems, should I just say they are thriving? That’s so 1980s—like everyone had a functional family. Or should I lightly mention they are either poor, jobless, or depressed, whichever applies where? But that’s sort of a teaser, right? Must be another way. For all I know, the recipients could be poor, jobless, and/or depressed too. You don’t want to rub it in. Empathy at all times.

Does Mexican friend want to hear what a great city I live in? Not when he’s battling annual floods and fighting for turtle rights. Does cousin Agnes want to hear she’ll have to buy the family history? Likely not. Does my high school friend want to hear I went to Scotland without her? What about Uncle Sydney when he hears I was in his town last year and didn’t visit him? And worst of all, who wants to hear about more camels.

So why am I doing this and what will I “talk” about? Should I repeat stuff from my blog that they never read? You don’t have to remind me that not everyone gets thrills and chills from genealogical problem-solving.

But wait. Speaking of thrills and chills. How about medical reports. Everyone likes a little of that. For advanced hypochondriacs who enjoy a good colonoscopy, maybe I could prepare a separate handout, you know: a blow-by-blow account of various symptoms, diagnoses, and operations; contrast and compare emergencies rooms; number up the friends in rehab centres (physical and mental). Mere cataracts and bunions don’t count. Slipping on the sidewalk doesn’t count unless it led to a hip replacement. Coronary stents and pacemakers should have a good audience. Funerals. Bedbugs. Now I’m thinking I could really go to town here.

I should probably omit events such as the outdoor café in Edinburgh where the stupid pigeon crapped on my stupid sandwich plate when I went indoors for the stupid salt and pepper. Or the time all the fake barnboard had to be peeled off my door. Or anything to do with Karaoke. Or the persistent man to whom I never properly explained the War of 1812. Or Amethyst cocktails and driving in your nightgown. Things like that.

But a lot of fun. Oh what the hell. Throw tact and diplomacy to the winds! Happy New Year!

Ooooh - I vote for "...Amethyst cocktails and driving in your nightgown." ~ pretty pleeeeze! ;-)

Me, Me! I want to hear more about camels, Karaoke & driving in your nightgown!

I read your blog each and every time you write a new post and I come away with the same feeling: "Oh Please Fairy Godmother, help me to one day write at least 1/10th as well as Brenda."

I've been thinking all day about how to fascinate all my friends (mostly genealogists) with a find from the 1861 Toronto census.
Richard Reeves, 83, married, living with son William, his wife Mary and their 9 kids on Queen St West. In the next block, Christiana Reeves, 74, married, living with son-in-law and daughter, Henry and Christina Floyd.
Were they married to each other? No proof to hand. Which one needed more care? Who knows. Who died before Mitchell's Directory of 1864? I can answer that. It was William.
Happy New Year, Brenda!

Riches I could only dream about: *three* comments in one day!

But now I've done it, haven't I? ... the nightgown wasn't mine but that just makes it sound worse. As for karaoke, I'm trying to graduate from Abba to the Travelling Wilburys but tricky to dance and do air guitar simultaneously. Maybe my blog does need a bit more non-genealogy action.

OCS: If you can't pin those two together as husband and wife, you could pose some hypotheses about their 1861 situation and ask your friends to vote for their favourite. That way you are totally relieved of responsibility for a democratic outcome .. fully documenting their responses of course ;-D

Happy New Year, Brenda! I thought of you every time I saw a camel when I was in Tunisia last summer. I, for one, enjoy your camel photos, especially the ones with you in the picture, too!

At least some people read your genealogy blog!


I think family newsletters are becoming a lost art- my mother still attempts one every year or so but I've never written one and I can't say I've ever received one either. I get all my news of family and friends from facebook and the like and if I do write a summation of the years events , it's for my blog which like yours, no one in my family bothers to read

Steve! You went to Tunisia without me! Never mind, that's so exciting. Did I miss the photos on your blog? Are they/will they be there? Must see! Thanks for visiting.

Callie, I've been doing it since the 1970s (with a few misses, LOL). Now I only receive a half dozen or so, and they seem to be from friends & rellies not on Facebook. I sure appreciate the time and effort they put into it.

I think you did just write the annual letter in this post. And I for one enjoyed it.