The Book of Me as Written by You Me has its rewards. Above all it keeps me from noticing how I've lapsed on things genealogical. While I struggle with delayed but more edifying posts, this makes a welcome distraction. It also allows for as much cringing self-exposure (or silliness) as one's nature permits, along with the liberating thought that no-one on the interweeblies is forced to read our exposés.

Special People (Prompt 14). Repeat the suggestions for Prompt 13. Uh oh. More socializing and food. But this time it's for ANCESTORS. So I can't invite a few old boyfriends out of simple curiosity ("and how did your life turn out with that boring bottle-blonde you married on the rebound?").

First off, I do want to say I am grateful to all the ancestors for their contributions to the family gene pool, making the present generations what they are. Speaking for myself, I would have appreciated fewer freckles and a lot more energy chromosomes. But thank you for good bone density, low cholesterol, and a healthy liver.

Hits a nice balance between my Celtics and my Baltics, don't you think? Eight seems quite enough to keep me occupied, frantically recording their stories in between hugs and tears.

We shall have a picnic, I think. I will order up a perfect day on Lake Superior. Lolling about on chairs and blankets and cushions near a beach, no-one will be able to escape my probing questions now that they see I too am a bona fide grownup. I've always wanted to try making that 7-layer terrine I scrounged from a French magazine about forty years ago: very complicated, layers of chopped chicken, spinach, ham slices, asparagus, boiled egg, paté, une petite tomate ferme, and so on — one brilliant tour de force encompassing the major food groups with massive doses of mayo to hold it all together. Don't look at me like that. Come on, it's not like these guests really have to worry about food poisoning. This could take place around the end of June so the only extras we need are some baguettes and strawberries with lots of whipped cream (dairy = calcium).

Oh, who got me started on the foodie thing. Naff off. Now.

Snow (Prompt 15) What a relief. A complete non-sequitur. Easy. Snow is white and cold and I had enough of it growing up in northwestern Ontario and Manitoba to last a lifetime. Now it has followed me the odd winter into the city's geodome. Apart from the fact that most winters are odd these days. Unfortunately summers too can be odd lately. 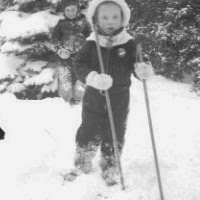 Look, I'm trying to find something good here to say about snow. It's for young people, isn't it. That's what I've decided. Skating and skiing. Toboggans. Frostbite. Should I even mention ski-doos? Well, I did my share; then I moved on. There's a lot to be said for comforts like fireplaces or heading south whenever possible.

Message in a Bottle (Prompt 16) ... be serious! Write a message that a stranger somewhere in time and space might discover? For sure my bottle would go into Lake Superior in the expectation it would transit through the Great Lakes out the Gulf of St. Lawrence into the Gulf Stream and end up in Murmansk or maybe bobbing along the west coast of Africa; who knows — what with the aforesaid weather doing its own independent and undependable thing.

What could possibly be said to enrich (or baffle) that unknown recipient for an instant? Should it be treated like a teaching moment? No, too much like ubiquitous, annoying tweets. Makes one think along the lines of Chinese fortune cookies or perhaps epitaphs:
‒ No rest for the wicked[1]
‒ Living well is the best revenge[2]
‒ It must have been the effect of a nutmeg tart[3]
‒ Trust in Allah, but tie up your camel[4]
‒ It's over. It's O-O-O-VER![5]

And so forth. I really don't expect the stranger will care one way or another about footnotes. On that note the editorial we are collapsing till next time.

[1] Attributed to The Book of Isaiah in two different chapters.
[2] The irrepressible Dorothy Parker.
[3] Joseph Finsbury (Sir Ralph Richardson) in The Wrong Box, on the cause of death of his brother.
[4] Sumaiya Kazi, 16 Jan 2012 on Google+.
[5] Probably said a trillion times but Roy Orbison sang it like an aaaaangel!