Note to self: playing catch-up gives short shrift to each prompt; it would be fitting that I sink my teeth into something occasionally. Is this one of them?

Technology (Prompt 26)
Technology is. I don't like or dislike it, it's just there. Swiftly changing, moving, improving, upgrading, dazzling, and inevitably intimidating the crap out of me. New technology is not necessarily embraced in this cave.
blinking>> Luddite! Luddite!

Say what you will about you or your ancestors living through dramatic new technology changes, the World Wide Web and the Internet win these days, hands down. This is not to disparage the industrial revolution, space travel, or the flush toilet. Nor do I ignore the safety pin, the zipper, velcro, plastic, crazy glue, duct tape, and spandex which are definitely underrated, powerful inventions (that I classify as technological). But let's face it, every generation thinks its new technology is the most significant. And they are right.


So back to the Web and all that, including computers. Failure to adapt to initial steps could potentially leave you behind forever. Or that's how it looks some days. My computer technology curve began with the excitement of a brand-new Family Roots software program. It was shortly after being the recipient of an office discard ― a 1980s IBM computer. What a grand companion this software would be, my cutting edge new BFF! Together we would go places I'd never gone before. My family genealogy would be professionally assembled, charted, preserved.

But the friendship was torpedoed at birth when the stubborn thing erased itself with a little accidental help from me. Disappeared right off my screen and the floppy disk it lived on, away on its own bloody-minded trip to the clouds or wherever. A pivotal moment that forever unhinged me: abused and abandoned. A very kind Steve Vorenburg in Massachusetts listened to my inarticulate weeping on the telephone (another expedient technological invention) and replaced the unrepentant software, but our relationship was never the same again. It's my considered opinion I never recovered from PTSD.

What I'm really missing is the spark or the patience to focus on learning technology that has no interest for me but ironically offers bits and pieces that could make my life easier. Or so they say. Truth is, I find it boring. Bigod, it must be an outright miracle I can even manage a computer. Three quarters of the time, that is. 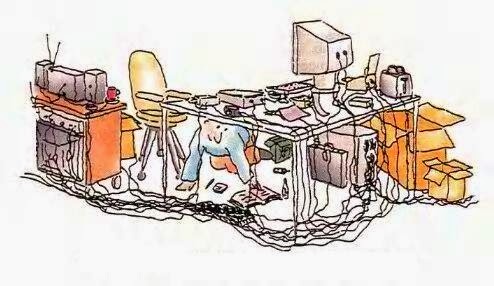 Luckily I can limp along thus far using a computer, a scanner, and a digital camera. It will take one of my kids and and a good day's intensive training to operate one of those newfangled cell phones.

Now my grandchild is in the hand-held generation. As far as I can tell, her life revolves around that glowing little screen. Unlike her, I was not born instantly wired. My excuse is that I'm a writer and I write.

Cars and Transport (Prompt 27)
CARS! This takes me back, way back!

At first I was going to post some conventional drivel but instead, my four-wheeled life looked something like this. Like my children later, I don't feel like I'm driving unless it's four-on-the-floor. Some are not precisely as pictured! The old family slides are only now slowly being digitally scanned.
Corvettes(s): No photos; everyone knows what they look like anyway.


I think that's enough on cars for a lifetime. Nowadays I prefer driving a camel.

Thanks for visiting my blog! My pet camel lives under my desk but it's getting to be a tight fit :-)