In 2015 I was privileged to visit another of the Commonwealth War Graves Commission cemeteries ― Groesbeek in the Netherlands. In years past, I had spent a day at El Alamein in Egypt. 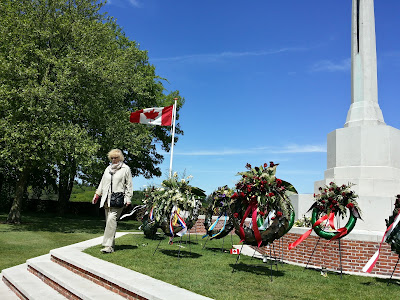 Groesbeek is located near the German border in a lovely, hilly section of Gelderland province. Most burials here are of Canadian soldiers and airmen who died in the Battle of the Rhineland (1945). The Dutch have a special, continuing affinity with Canadians; my visit was shortly after the celebrations of their annual May 5th Liberation Day (Bevrijdingsdag).

"These walls bear the names of the soldiers of the British Commonwealth and Empire who fell in the advance from the River Seine through the Low Countries and into Germany, but to whom the fortune of war denied a known and honoured grave. 30th August, 1944 - 5th May, 1945." 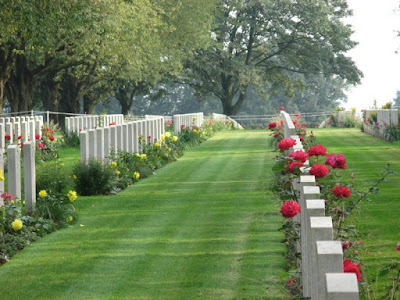 We spent a long time in the rows of white markers, paying tribute to the dead. Most were identified but some were not. Many graves had touching messages from Dutch school children. Sometimes the family of the man provided an inscription. One stood out for me (see below the cross): 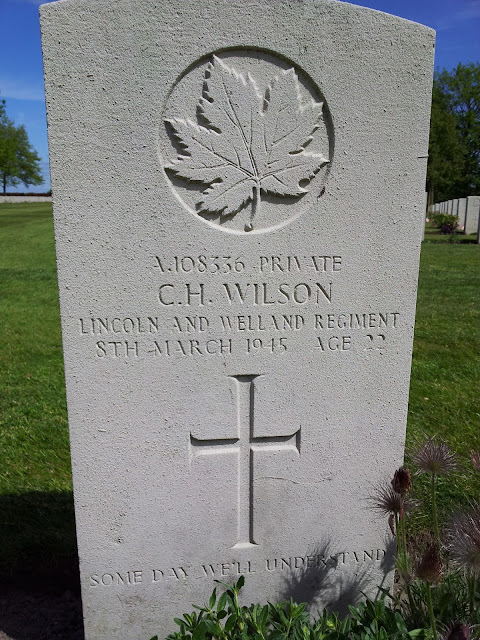 Brenda: Thank you for sharing this special visit with those of us who are unable to go overseas anymore! This was a very special tribute to our fellows who made the absolute supreme sacrifice for a whole nation of wonderful folk. Those who have come to live with us have enriched our lives tremendously and are continually anxious to express their gratitude for the Canadian efforts on their behalf. The pictures help us to feel closer to your experience. Many blessings, girl!
Roger Harris
St Marys, ON

One of the nicest comments ever. Thank you, Roger.
(I have a wonderful Dutch son-in-law.)

Thanks for highlighting such a remarkable place. In 2012, I took my parents—my Dutch father liberated by Canadians and my Canadian mother who lost an uncle, Eli Southorn, buried at Groesbeek. On a side note, someone has kindly photographed every marker and indexed them on Flickr. https://www.flickr.com/photos/fgdvcappellen/albums/72157623037958284

Thanks for commenting, Michael.