If ever a picture was worth a thousand words, this is it, for me (unhappily, the "original" does not reproduce well). Who do you think this gorgeous creature is? What time period? How old do you think she is? I’ll tell you something about her but I want to see if anyone guesses her age in this photograph. Since this blog is dedicated to family history interests, I have to say she belongs in a unique way. 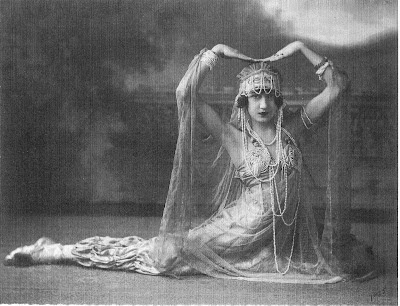 The striking beauty evoked gypsy or exotic Mediterranean comparisons, but she was born in Winnipeg to a working mother who struggled to make ends meet. As Yvonne Mason Reynolds, she was a child entertainer on prairie and western vaudeville circuits when “acts” would travel from one theatre to another with a manager—in her case, with her mother as chaperone. Vonne was eventually paired with sister Adele, but Vonne was rapidly growing, looking older than her years, while Adele was tiny and blonde. They sang, danced, did comedy routines on their physical differences, and were a great hit. Once—Winnipeg was on a prairie circuit for imported acts—her mother managed to persuade Bill (Bojangles) Robinson to give her tap dance lessons.

Theatre life was tough, along with life in general, and sometimes she wanted to give up. She knew her unacknowledged father was a scion of an old prairie family, and she only met him when he was on his deathbed. As vaudeville waned, she became a fashion model: a natural, with her perfect figure and over six-foot height. Early experience taught her to develop a shielding persona in her adult life of elegant appearance and wisecracking humour.

Some time after marriage to Ken Sherman, they moved to Thunder Bay where they bought a local photography studio. Vonne learned and managed every aspect of the photography business; her own glamour was no small point in selling customers on having their portraits captured, and she brought out the best in them with her fussing and uninhibited remarks. Her former stage career gave her the knack for posing her subjects, perfecting the lighting, and using imaginative props. In an era before colour film, Vonne’s artistic talents were instigated by colourizing of black and white portraits. Before long she also became a devoted member of the artistic community. She befriended Norval Morrisseau during one of his detox hospitalizations in the 1950s, bringing him art supplies, and treasured the paintings he gave her.

This is when I met her as a family friend; we shared a certain love of the footlight experience. And shared a cross-country trip to the Banff School of Fine Arts, me with two chaperoning mothers. Vonne’s public persona was a magnet for men and women alike. Dinner parties at the Shermans’ always involved exquisite meals with ingredients uncommon to most Thunder Bay tables. She never had children, but became a surrogate mother to a couple of “chosen” daughters, delighting to repeat in her smoky drawl that she never had to spread her legs to get them.

Vonne never lost her enthusiasm for the stage and returned to it later in life. She and Ken retired to Victoria in the 1970s. She proceeded to become well-known in Victoria for her participation in dozens of theatrical productions; early on, she was persuaded to join the cast of “Auntie Mame” as Vera. Other major roles followed in “Gypsy” and any number of musicals. Her can-can high kicks and later character performances—which she kept up until she was 80!—endeared her to fellow performers and audiences alike. This is where she really felt alive. There was nothing better than a cast party where she could be persuaded to croon at a piano Dietrich-style. One of the most public moments was the visit to British Columbia of Vonne’s look-alike Bea Arthur (remember “Maude” on TV?). They were posed in “twin” pictures with an interview which was flashed all over newspapers up and down the west coast. No doubt in my mind who was the star.

As she lost her sight, underwent numerous cancer operations and debilitating physical humiliations, she refused to lose her imagination or the stalwart humour. In fact she regularly tortured herself to apply makeup and fix her hair just so for a photo, to prove to her distant friends she was still alive. From her original majestic height, she had shrunk to a painful five feet six inches by the end, and at the age of 93+ years her body finally succumbed. Vonne insisted on no death notice or obituary or public burial when her time came, and her wish was honoured.

I still half expect to hear that voice coming down the phone line, “What’s on your mind today, love? What can Momsie do for you?” She knew how much she was loved.
Posted by BDM at 20:10

Hi, I have posted today your writing about Yvonne Mason Reynolds on http://norvalmorrisseau.blogspot.com

It seems to me she was very good friend of Norval Morrisseau and I found it very intriguing to disover the story you wrote.

I hope you do not have any objections and that you will allow that post to stay published. If not I do not mind to remove it as per your request.

I would appreciate if you have any additional information about her in connection with Norval Morrisseau to send it to me at my e-mail: spiritwalker2008@gmail.com.