A lot of genealogy bloggers are into mutual fun like Carnival of Genealogy (which threatens to explode from its own popularity) and Wordless Wednesday and lord knows what else. And a creative and humorous lot they are! Now I hear even more networking rumours that involve FaceBook of all places. Gaggles of genie bloggers unite? Next thing you know, they will start having categories and contests and star grading systems. Or oscars. I don’t have to worry about it because no-one reads this blog anyway so I can carry on self-indulgently without anyone (especially me) taking myself seriously.

Having viewed some beautiful photographs on Wordless Wednesday, I enjoy them. Mostly, they speak for themselves. The slight hint of mystery about a photograph with no wordy exposition is alluring. Now you find me thinking of doing something about it, as in acknowledging a nice idea without being FaceBookably sociable or submitting to weekly pressures. My problem is that I can scarcely get one or two posts per month up, never mind one every Wednesday. On Wednesday I won’t even be here. Sunday will have to do.

So now that I’ve yapped on blithely about being wordless, I’m doing a photo. I believe a previous post threatened to expand on a certain non-genealogy topic. One might title this Where It All Began which may or may not offer a certain je-ne-sais-quoi mystique. 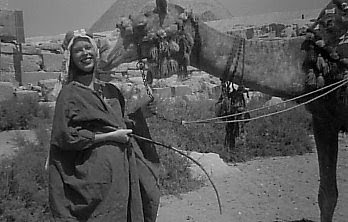 You are wrong. I read your blog and have for some time. I truly enjoy your photos and stories. Since writing the posts on my experiences at Samford, I have become a such a genie-joiner. Facebook is really alot of fun and useful. Come and join us!

ps. I even started my own blog - The Educated Genealogist