Many parts of this incredible world we live in have an enthralling quality for visitors who observe others at home and at work. Something like driving through France’s Côte de Beaune when one fall morning the wine harvest suddenly springs into frenzied action. The seabound shores of Nova Scotia give a different but equally compelling view of an ages-old occupation. Small villages nestle wherever a harbour provides shelter from the pounding ocean for the fishing boats. The homes appear so tranquil they belie the struggles and dangers of fishermen bound to the sea. 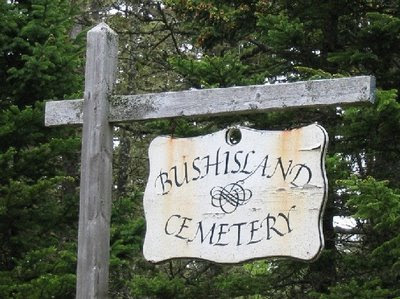 And so, the villages are dotted with their little cemeteries, many appearing overgrown and unkempt but still being used. The sea air contributes to the weathering of humble grave stones. 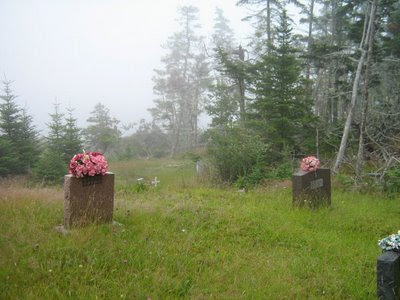 Fog is almost a daily occurrence. Sometimes it dissipates early; sometimes it stays and grows like a sense-deprivation shroud. 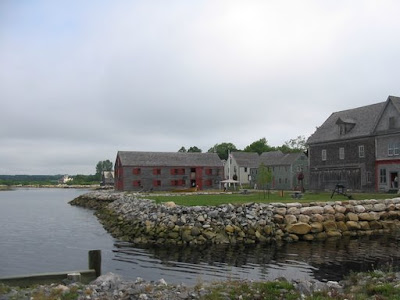 Seafaring families are a hardy, proud folk. The town of Shelburne is but one of countless that memorializes their losses to the unforgiving sea. My Cape Breton ancestors were typical of fishing families, losing fathers, husbands, brothers, in every generation. 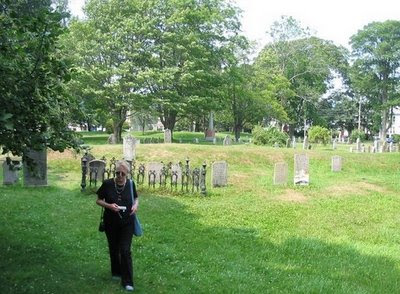 In the Annapolis Royal cemetery near Fort Anne, you can see many toppled stones. It seems no attempt has been made to uncover the numerous others that now lie beneath a layer of sod. 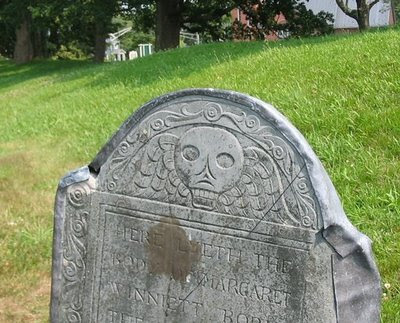 Birchtown in Shelburne harbour became the “designated” village for the considerable group of Black Loyalists who arrived with the 1783 refugees from New York City. All the markers and names in the burial ground are now unknown. 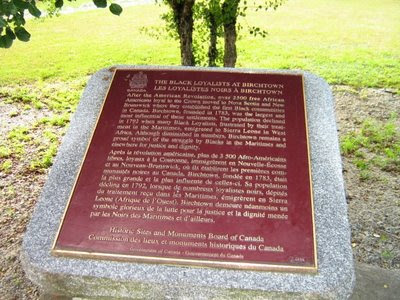 I don't suppose that you would have any more information or photos regarding the Bush Island Cemetary? My mother's mother was a Bushen by marriage and a Bush by birth. Nellie Bushen, d. 1942 or 3 if memory serves, and is buried there. I was there several times with my mother as a child, but that was more than 20 years ago, and, unfortunatly for me, now, little kids don't often take a huge interest in such things. I did, although not enough to think of recording such things in a more permanent medium than memory.
Kind regards,
~Aron Spidle