Time to come out of the closet. If anyone noticed, the posts on this blog have fallen short lately. Chalk it up to post-Christmas fatigue, but my preferred cause for this unseemly lapse is post-travel euphoria. Oh, but let's not omit the blockage on my family history du jour, or the uncharacteristic faintness at contemplating more research.

You see, I am not only a genealogist. I am a writer. I have been a writer since I almost lost my identity while raising a family. Or maybe since I struggled mightily through that university paper on "De Esse et Essentia." Or maybe before that when I was appointed editor of the Balmoral Hall yearbook, to become the slave of a merciless headmistress, unwittingly beholden to write half the material.

Genealogy does have a creative side in some aspects, but in many (most?) other ways it demands methodical discipline in evaluation, analysis, logic, and structure. That's the part of my head on temporary vacation.

The point is (I'm getting there) I write about other things and for the moment the creative juice drips in that direction---to ruin what could have been a promising metaphor. What other things? Well, the blog I began trepidly some time ago at http://anotherfamdamily.blogspot.com: Nonsense - Nostalgia - Satire - Camels.

It's taken about that amount of time to fix what it is about. Since my family stubbornly fails me as the ripe source of satire I hoped for, I almost lost sight of my own simmering environment. Let me say the Inmates Committee and the Neighbourdamhood present near-perfect windfalls of lunacy. The blog is also a tracker for the mystery/crime/detective/courtroom novels I devour. That was necessary so I don't order/borrow books I've already read, much like I've been known to buy the same book twice (several years intervening, you understand). Once in a while it features thought-provoking pieces on shopping bags, earnest diet advisories, don't leave home in your nightgown, and what have you. 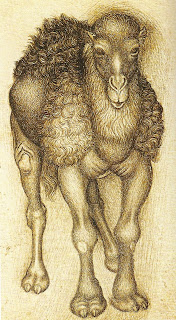 And CAMELS (continued on from this blog as of May 2012). Not the full gist of my travel journals, just the best parts. In my biased opinion.

Self-promotion is uncomfortable and distasteful for an introvert. Promoting the family histories I published with the print-on-demand company ShopMyBook (formerly UniBook.com) was fairly non-existent. OK, there's a link above to "My Books." However, encouraged by Facebook friends who do it to good effect, I'm declaring open season on anotherfamdamily.

Disclaimer: I do not post photos of kittens or human babies or last night's dinner on my blog or on Facebook. Hardly ever.