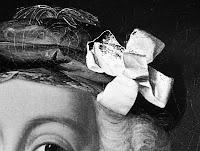 Here I am again with those Highlanders. So soon after Tartan Day! There’s a difference. After the Battle of Culloden, the wearing of  tartan was forbidden for 36 years. When the parliamentary act was repealed in 1782, the Highlands of Scotland had undergone a sea change to emerge from mediaeval times.

Family researchers can’t assume an ancestor, based only on his surname, geographic location, or religion, was a Jacobite warrior. Some clan loyalties were split “for or against.” The Young Pretender, aka Bonnie Prince Charlie, inspired an ideal greater than himself but he also raised personal misgivings among his followers. The final battle at the ill-chosen, ill-fated Culloden location was fought by hungry clansmen weary for their homes. 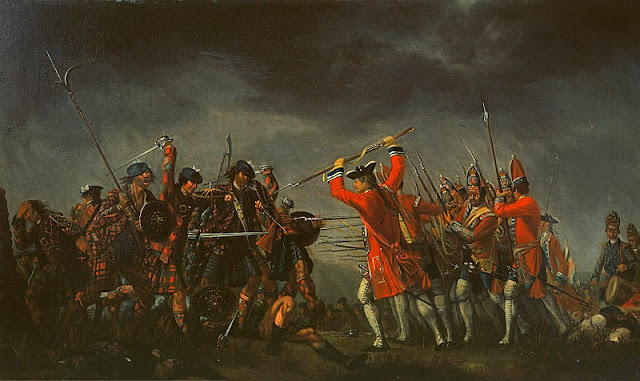 David Morier’s iconic painting of Culloden and other contemporary works of art dispelled the illusion that each clan previously had its “own” tartan. Morier’s military paintings are in the Royal Collection (http://www.royalcollection.org.uk/egallery/).

The horror that followed the battle was no less than an eighteenth-century attempt at genocide. Francis Stewart, son of Bailie John Stewart of Inverness, 19 or 20 years of age at the time of the battle, wrote in 1748:
"It is a fact undeniable, and known almost to everybody, that upon Friday, the 18th of April, which was the 2nd day after the battle, a party was regularly detached to put to death all the wounded men that were found in and about the field of battle. That such men were accordingly put to death is also undeniable, for it is declared by creditable people who were eye-witnesses to that most miserable and bloody scene."[1]  The Duke of Cumberland was merciless in weeks of pursuit to exterminate the losers.

[1] Sons of Scotland (http://www.thesonsofscotland.co.uk/thebattleofculloden1746.htm).
Posted by BDM at 11:12